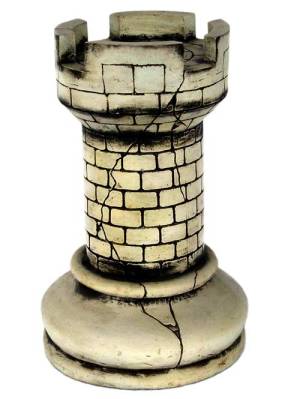 My undergraduate degree is in Cultural Anthropology, and during my junior year of college an Anthropologist told us that the education we were receiving would very likely distance us from the people we would eventually work with. (Never mind any cultural or religious or economic differences!) I’ve carried that warning in the back of my mind ever since. Now I have a Masters of Divinity and I’m working on a Doctor of Ministry degree and widening the distance whether I want to or not. The problem is, I’m realizing more and more that the distance is not just between myself and the people I work with; it’s frequently between myself and the people closest to me … and sometimes I feel like crying.

Three days a week I’m surrounded by people who have high expectations for themselves and others, who have respect for people who are not like “us.” Three days a week I’m in the company of people who believe in nonviolence and interfaith dialogue. Outside the ivory tower of academia–and specifically religious academia–I often encounter people who think telling ethnic jokes and making fun of people with disabilities (in private, at least) is funny. I have to contend with people who think it’s okay to denigrate any religious beliefs that aren’t close enough to their own.

So what’s a “nice,” left-of-progressive, lady preacher to do? I know, I know—I should be prophetic and call people to account for their ignorance and insensitivity. I find that very difficult. I don’t want to be seen as the humorless religious fanatic, or jeered for being uber “politically correct.” I don’t want to be the “bitch” that spoils everybody’s fun. I don’t want people I love to avoid me. Yep–it’s all about me. And that’s the problem.

I want to do the right thing. I want to stand up for justice. Really–I do. I also want to be compassionate, humble, nonjudgmental. So I sympathize with the Apostle Paul, who was moved to write, “For I do not do the good I want, but the evil I do not want is what I do.” [2] It’s a sin of commission and omission. I stand on the battlement of the ivory tower, knees shaking, trying NOT to look down… and paralyzed by fear. I want to do the right thing; I’m just not sure what the “right thing” is.