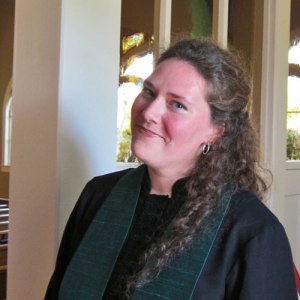 Rev. Amanda Kersey, M. Div Ch Ed., earned her Masters of Divinity from New Orleans Baptist Theological Seminary. During her time at NOBTS in addition to the required course work Amanda focused her attention to courses dealing with education, concentrating on appropriate teaching methods for various age groups; with an emphasis on adolescence. At present she is a full time Hospice Chaplain in Washington State and is working on a Psy.D. degree for the next few years.

Amanda earned her B.S in Religious Studies at Gardner-Webb University where she was the class President for three years and member of the swim team for two. She served as a youth minister/worker in various churches in North Carolina, South Carolina and California for nearly eight years. It was during this time she began to feel a need for change both professionally and personally. Amanda made the decision in 2007 to pursue professional Chaplaincy. She has served as a Chaplain in a children’s hospital, a residential mental facility for kids/teens and now hospice.

When Amanda is not working, she can be found at the beach, gym or walking her 7lb “Pomapoo” Marley around the neighborhood. However, Amanda spends most of her free time discovering tasty coffee and eating a variety of chocolates.